Normally, showing up to a party in the same outfit as someone else is cause for alarm. These iconic landmarks don’t seem to mind as we head into St. Patrick’s Day weekend.

Some of the world's most famous sights will dress in green for Tourism Ireland’s highly successful #GlobalGreening campaign. A press release explains that over 200 locations worldwide will join the party by dousing their respective facades in green:

“This year, One World Trade Center in New York, Niagara Falls, The Great Wall of China, the London Eye and the Colosseum in Rome will join over 200 locations worldwide in going green on March 17.”

While many of these locations will wait until the big day to show off their green side, social media already gives us a glimpse of what to expect: 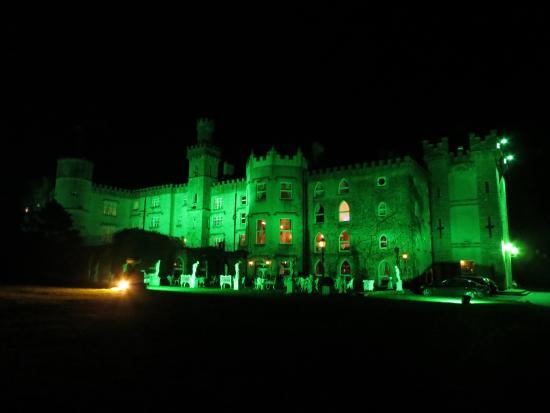 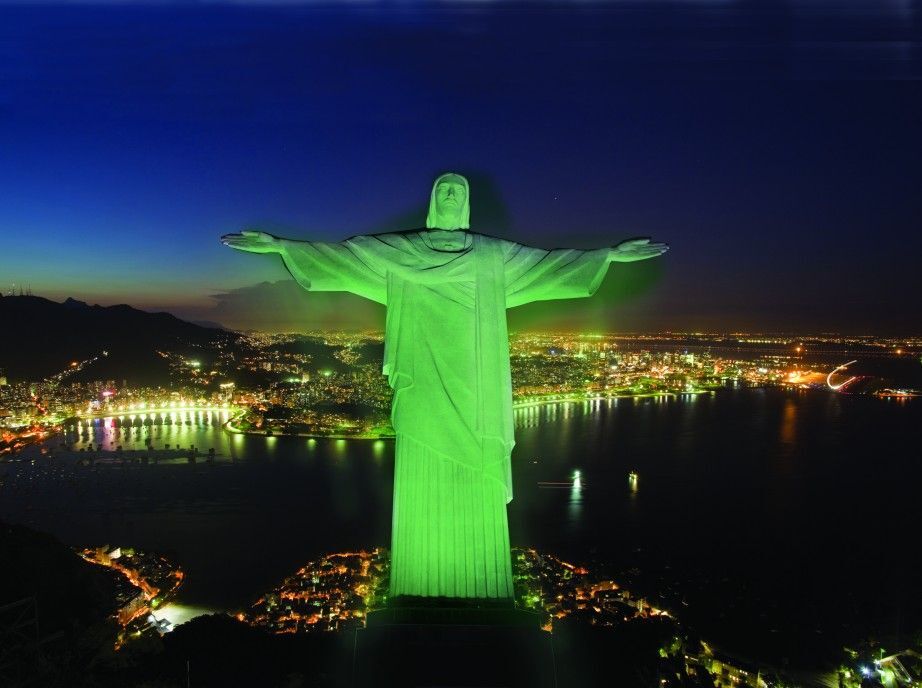 As mentioned, Niagara Falls is just one of over 200 landmarks that will join the fray of fun. If you are in the area, you will get to see this already gorgeous waterfall turn a glorious green every 15 minutes from nine at night until one in the morning, starting on March 17. 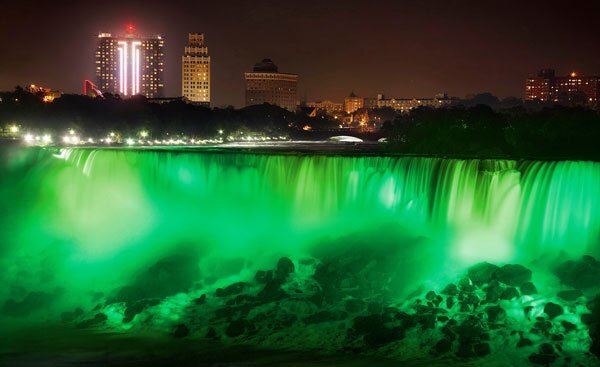 Niagara Parks hints at what other places you can expect to glow in a similar hue: “The ‘Global Greening’ campaign connects Niagara Falls with many other world icons such as the Empire State Building, the Colosseum in Rome, the Christ the Redeemer statue in Rio de Janeiro, Nelson’s Column in London and the Leaning Tower of Pisa, in honoring this festive day.”

The Irish Sun spoke with CEO of Tourism Ireland Niall Gibbons who expounded on the highly successful campaign: “This is the eighth year of Tourism Ireland’s Global Greening initiative and it’s bigger and better than ever this year, with some wonderful (and unusual!) new additions like the Ethiopian Airlines aircraft in Addis Ababa, The Kelpies in Scotland and the rhino statues in Nairobi National Park.”

And the sight of green all over the place may just help turn the attention to one amazing travel option.

Gibbons continues: “St. Patrick’s Day traditionally marks the real start of the tourism season for us; our aim is to bring a smile to the faces of people around the world and to convey the message that Ireland offers the warmest of welcomes and great fun, as well as wonderful scenery and heritage.”

The holiday means many of you will don green, pinch those who aren’t and possibly enjoy a pint or three of your favorite beer—just as long as your favorite beer is Guinness. If the vision isn’t too hazy from one too many servings of cheer, you may just catch one enormous spectacle.

It’s not the alcohol kicking in; The world has indeed turned a momentary shade of green.