Heading to Europe for the First Time? Read This 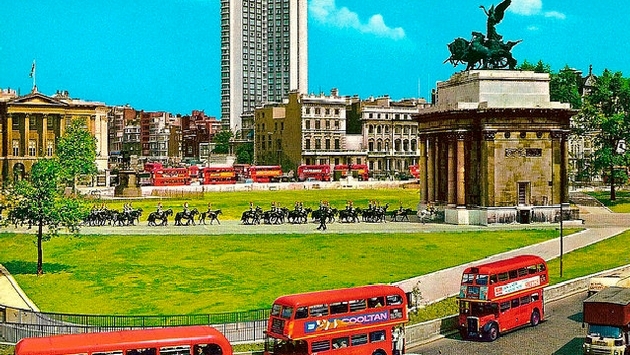 Europe has a reputation for being a fantastic place to get your feet wet with international travel.

That is because the continent is wonderfully welcoming, extremely safe and home to a state-of-the-art infrastructure that makes getting around a breeze. Yes, generally speaking, it is "easy" to travel in Europe.

It's not all French pastries and fairy tales, though; You can still brush up against a bad case of culture shock.

Here are the most common causes:

Whether you are visiting a country that uses the Euro—currently 19 of the 28 EU members—or a local currency like the British Pound, Swiss Franc or Hungarian Forint, money will look and feel much different from home.

Colorful paper bills and a myriad of coin shapes can conspire to confuse, so be sure to take a few minutes and familiarize yourself with the currency of the country you are in.

You would be surprised how quickly things can get awkward at a ticket window or supermarket cash register while you are trying to figure out how much money you have in your hand. And trust me, no one on the other side of the counter will think it's cute that you have no idea how much your pile of cash is worth.

In Europe, sometimes you have to pay to use the facilities.

Whether in a train station, gas station or shopping mall, don't be shocked at all to see a turnstile at the entrance that requires feeding to enter. The money helps pay for the lavatory's upkeep and also deters people from loitering.

This fact has been known to frustrate many travelers.

Picture this: You've been out exploring Rome during a sunny day and decide to quench your thirst at a sidewalk cafe. You order yourself a soda and the waiter returns with one small bottle.

This is the norm in Europe, as refills are an entirely foreign concept. Order as much as you like; Just expect to pay for it.

The waiter or waitress who delivers that drink might take a while to get to you. Things go at a little different pace in Europe, as locals tend to savor their meals more than North Americans.

While it's still "prompt-ish", just don't expect to be greeted within two minutes or be kissed-up to during the entire experience like you would back home.

Oh, and if your dish wasn't quite what you expected when you ordered it, feel free to send it back, but just don't expect it to be taken off the bill.

While you may have to subscribe to premium channels to see nudity on television in North America, you can find it on regular programming in Europe. (In fact, right now there is a dating show airing in the United Kingdom that features contestants in their birthday suit.)

Don't be stunned to see topless bathers at the beaches in Southern Europe or nude bodies relaxing in Northern European saunas either.

Out of Left Field

While all of mainland Europe drives on the right side of the road, the United Kingdom and Ireland drive on the left. Even if you aren't driving in these countries, it will affect you, as intersections can be confusing and borderline intimidating.

Always look both ways twice before even thinking of stepping off the curb.

PHOTO: Be sure to look both ways before crossing the road in London. (photo via Flickr/Leonard Bentley)

How Likely Are Guests to Actually Use the Hotel Gym?
Read More
Todos Santos Baja, Mexico’s Magical Secret
Read More
A Romantic Retreat from Oasis
Read More
World's Best Destinations For Every Kind Of Personality
Read More
How to Celebrate 7 Wonders Day
Read More
Is There a Way to Prevent Crying Babies in the Air?
Read More